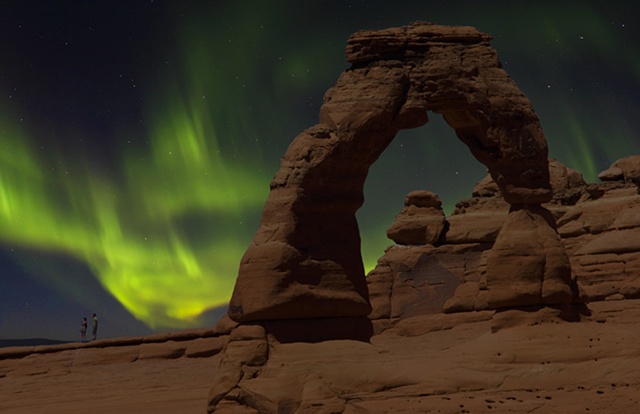 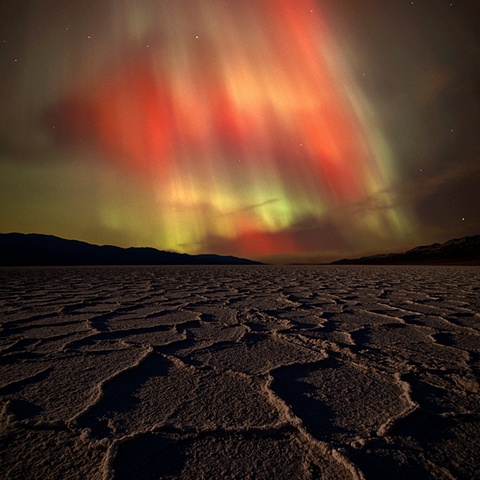 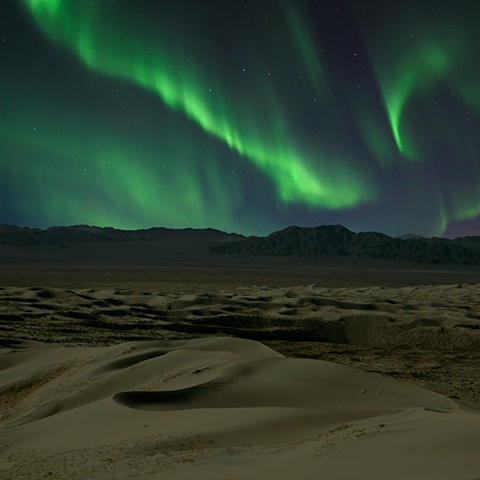 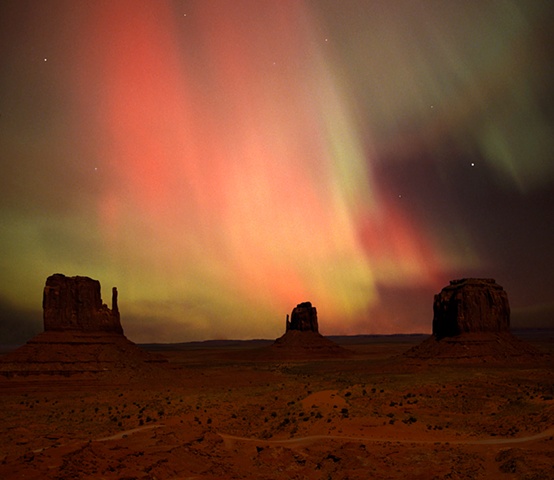 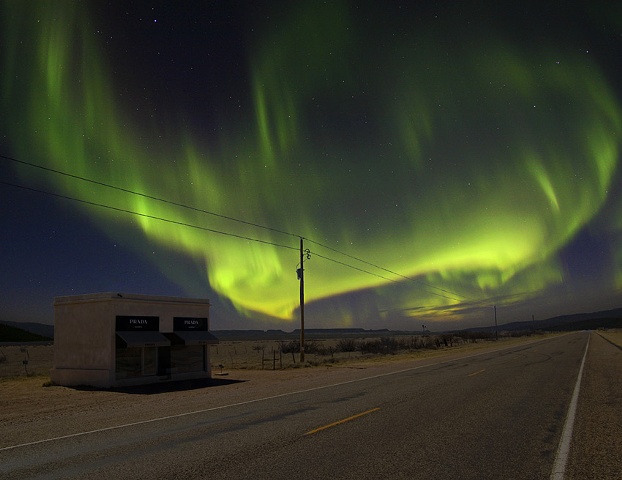 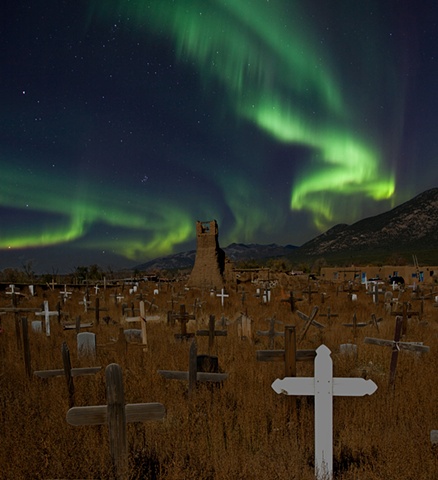 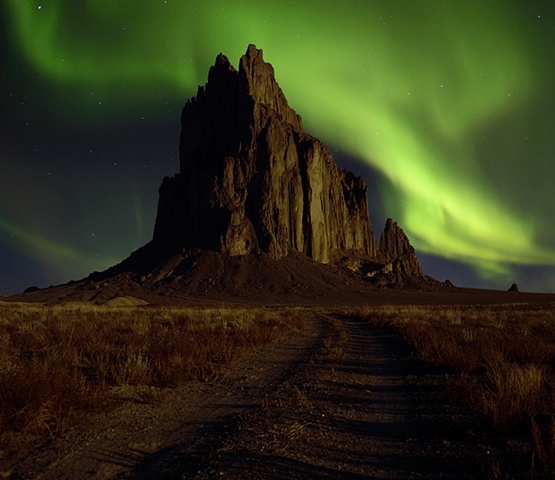 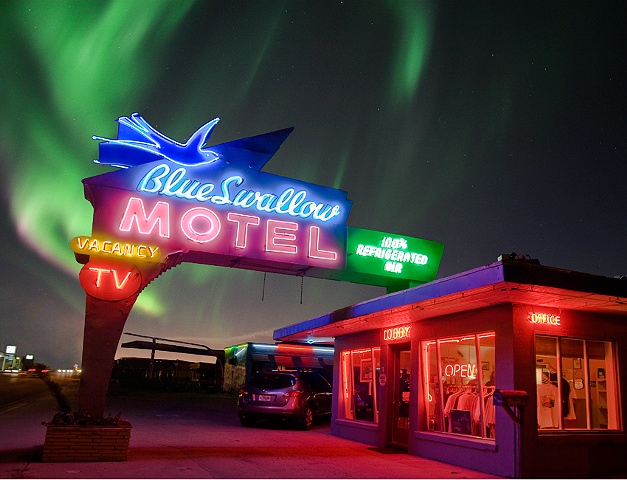 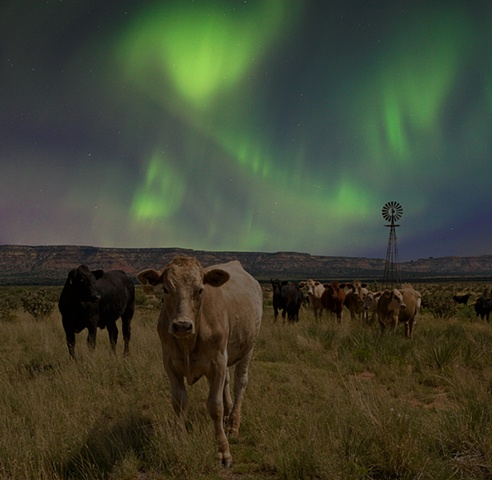 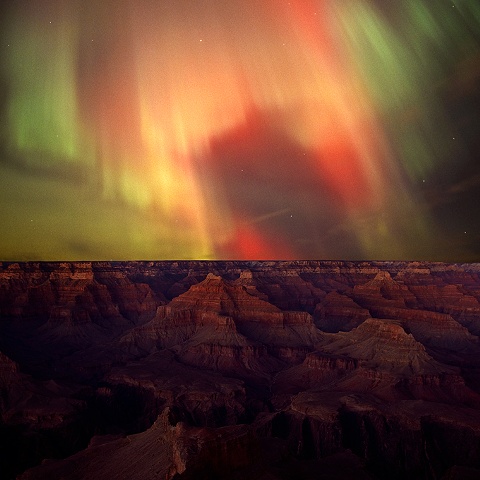 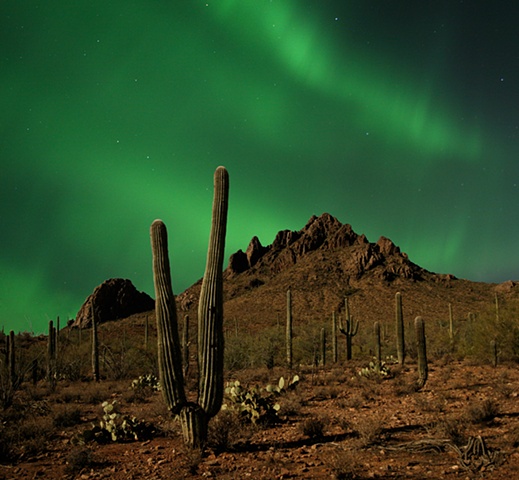 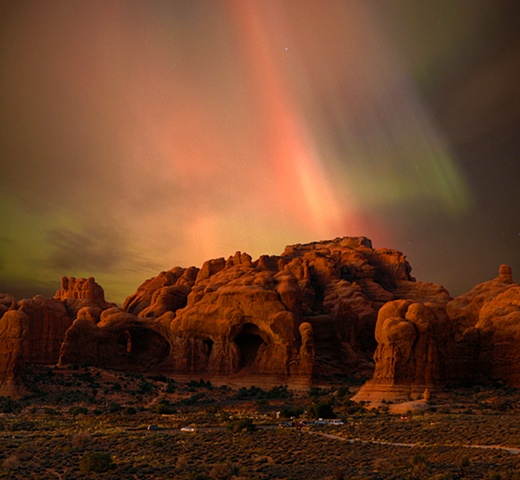 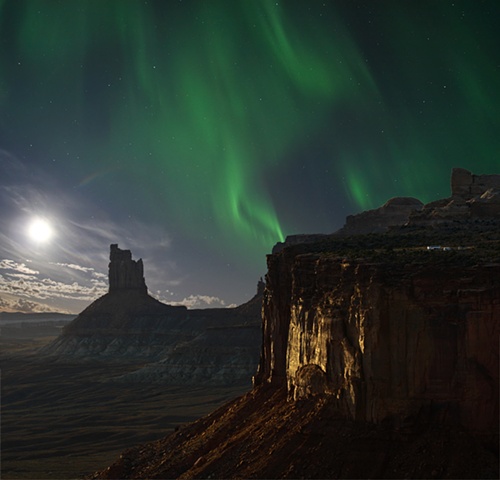 Inspired by an episode of NOVA, this series envisions what we may witness during a polarity flip of the Earth's magnetic field, a phenomenon that happens every several hundred thousand years. The magnetic field acts like a shield, preventing the solar wind (high energy charged particles) from stripping away our atmosphere. Occasionally, these particles can become trapped by the magnetic field and projected at a high rate of speed towards the poles. When they collide with the upper atmosphere, excited ionized gases emit light, a phenomenon known as the aurora borealis (in the southern hemisphere, aurora australis). At present, the Earth possesses only one set of magnetic poles that aimlessly drift around the geographic North and South poles. But during a polarity flip, multiple sets of poles may appear spontaneously just about anywhere. Such a condition could last for decades before a single dipole can re-establish itself. As a result, the “northern lights” could become a regular nightly phenomenon at any latitude, from Miami to Machu Picchu.

According to scientists, we are about due for another polarity flip. Measurements indicate that the strength of Earth’s present magnetic field has weakened 15% over the last century, and the position of magnetic north is accelerating towards Siberia from northern Canada at a rate of 30km per year. The last pole flip occurred 780,000 years ago.

This series envisions how the night skies of several desert southwest locations may look during the transitional period of a geomagnetic reversal.